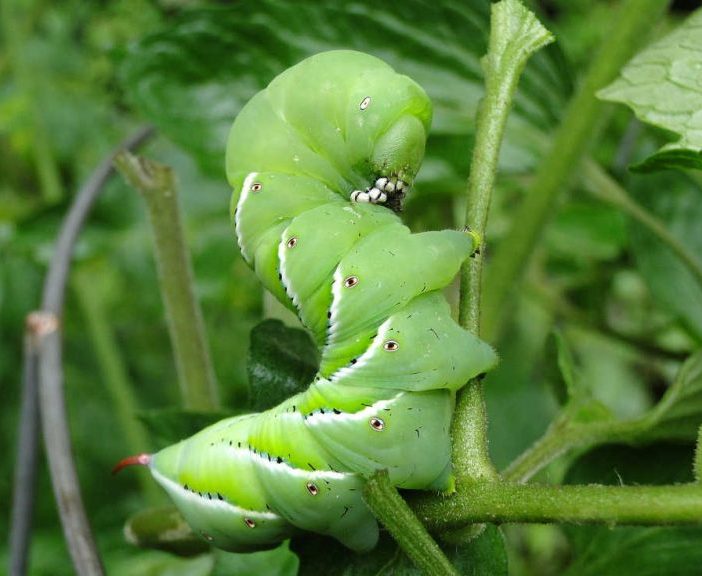 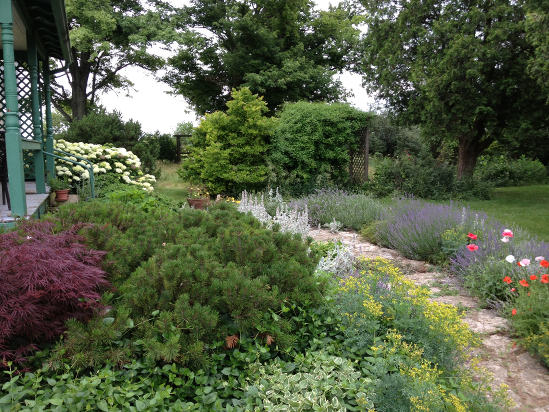 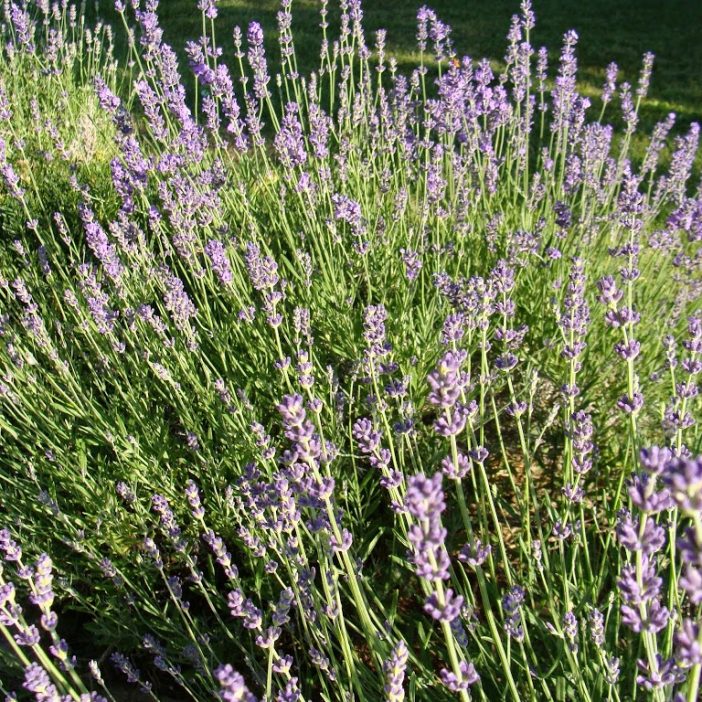 Lavender, Lavender, Where Art Thou? 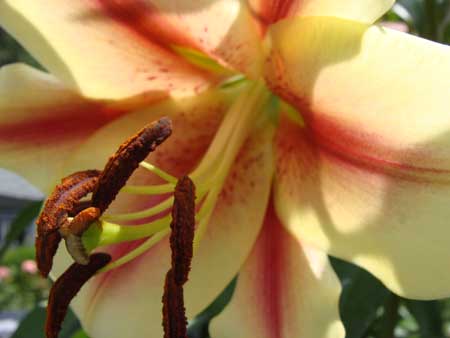 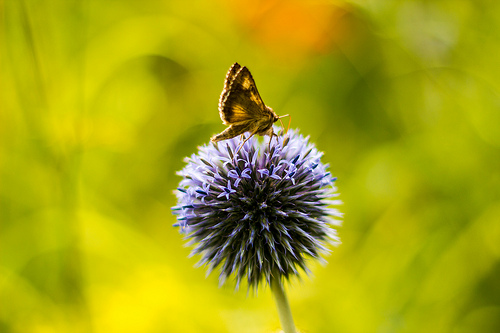 If you weren't convinced already, the truth about … END_OF_DOCUMENT_TOKEN_TO_BE_REPLACED

I like to shop at Whole Foods, and this spring I … END_OF_DOCUMENT_TOKEN_TO_BE_REPLACED

I found a video by a passionate man on the … END_OF_DOCUMENT_TOKEN_TO_BE_REPLACED

I was trying to find some old pages I had written in the online Wayback Machine. Unfortunately, I had deleted them before the old geocities site had been recorded (they only started recording it in 1999). Oh well.

I did, however, find the beginnings of my “garden journal” when I was just starting to look into the then-new blogs and blogging. I was looking for something less cumbersome than updating an html page on my little website of the time.

I thought -just maybe- you would find these old entries sort of interesting. A peek into my gardening efforts of the time about two decades ago.

hope you enjoyed that

I edited to separate the paragraphs a bit better- but the old journal had no pictures (which style I had later begun blogging with, to the complaints of readers). Pictures were not added til much later, and photos after that.

But this gives you a picture ( so to speak) of what my gardening life was like in its heyday.

What are Ornamental Trees?

These trees are usually small with special features like interesting bark, showy flowers, or eye-catching foliage. An ornamental also has a pleasing shape and fits easily into modern yards. This may seem like a tall order of outstanding characteristics, but the “ornamental” part of the description means that the trees are selected and bred to deliver in a big way.

The main feature, however, is that the size is smaller than majestic shade trees.

Because of the more compact dimensions, a greater number of this type may be included in a suburban landscaping plan. The shorter heights may not interfere as much with overhead lines. (Though it is still wise to give utility lines a wide berth from your trees).

Read more about Positioning Trees in Your Yard on Ilona’s Garden website.

(1) Even though more trees can be planted, avoid a “spotty” look. One of the key rules of good design is to repeat elements in a cohesive way. With ornamental trees, choose to have groups of the same choice, or use the primary cultivar in several spaces within the landscape plan.

Dotting a different tree into each possible spot create a disjointed effect that lacks harmony. It is a common mistake made with perennials. The same rule applies to trees, perhaps more so.

I edge very close to disregarding this design principle at times. Something of a “collector” there is a wide selection of many desirable trees in the ornamental class. But the rule is to use a number of one plant, the effect being so much more pleasing.

(2)  Choose specimens that do well in your climate zone and planting conditions. Nothing undermines the good looks of your landscaping than unhealthy trees. Or worse: dead ones! Buy from a reputable local nursery for best results or do your research  to discover which of the ornamental trees thrive best on your property.

Ornamental Trees in Your Landscape

This is one of my favorite tips for successful landscaping of all types. Visit a local arboretum. In my own area of Ohio we have two that I love, Chadwick and Dawes Arboretum.

No book can match the real world lessons of how a plant may look at maturity in the yard. While trips to parks and neighborhoods are great places to pick up ideas on trees to plant, the Arboretums will provide the names and placement inspiration. Taking notes can be as simple as snapping photos of favorites and their plant labels.

With these tips, once the trees are in place, bring bulbs and groundcovers to the base of the trees to accentuate the beauty of the season they are most attractive. Many will “play nice” with perennials and other plantings to create lovely pictures in a chosen season.

Dogwoods with spring flowering bulbs and Virginia bluebells is a scintillating spring example. Think of your own, and make pictures that bring special beauty to your property.

Are You Ready To Plant?

With these 3 tips to guide your landscape plan, choose some ornamental trees which match your situation and conditions. Fall is an ideal time to plant trees. For most species it is better than the spring. Put together a plan that includes those chosen for fragrance (Crabapples, Witch hazels), winter interest (Contorted Hazel, Stewartia Pseudocamellia), or autumn color (Acer palmatum spp, Fringe trees).

These are only a few of myriad choices available, and if you match the choice to the property (tip #2) this may well be your favorite part of the garden landscape. 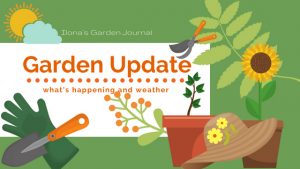 The weather has proved unusual, and here is the impact for my garden; plus some jots about other notable conditions and effects.

It has been far wetter than usual, and then there is the inverted effect of our temperatures… June was as miserable as any July-August might have been. The heat and humidity was horrible at the beginning of summer, but what happened in July? Perfect June weather happened. The month of July was perfect for me: cooler temperatures, regular rainfall, prevailing blue skies. It was just lovely.

The Weather This Summer

Now, how did that weather pattern effect my garden? I could not, would not, work in those terrible temperatures of June. Weeds went wild whilst I secluded myself in an air conditioned sanctuary. However, I did manage to plant some containers and a small raised bed with many herbs, a tomato plant and some pepper plants. 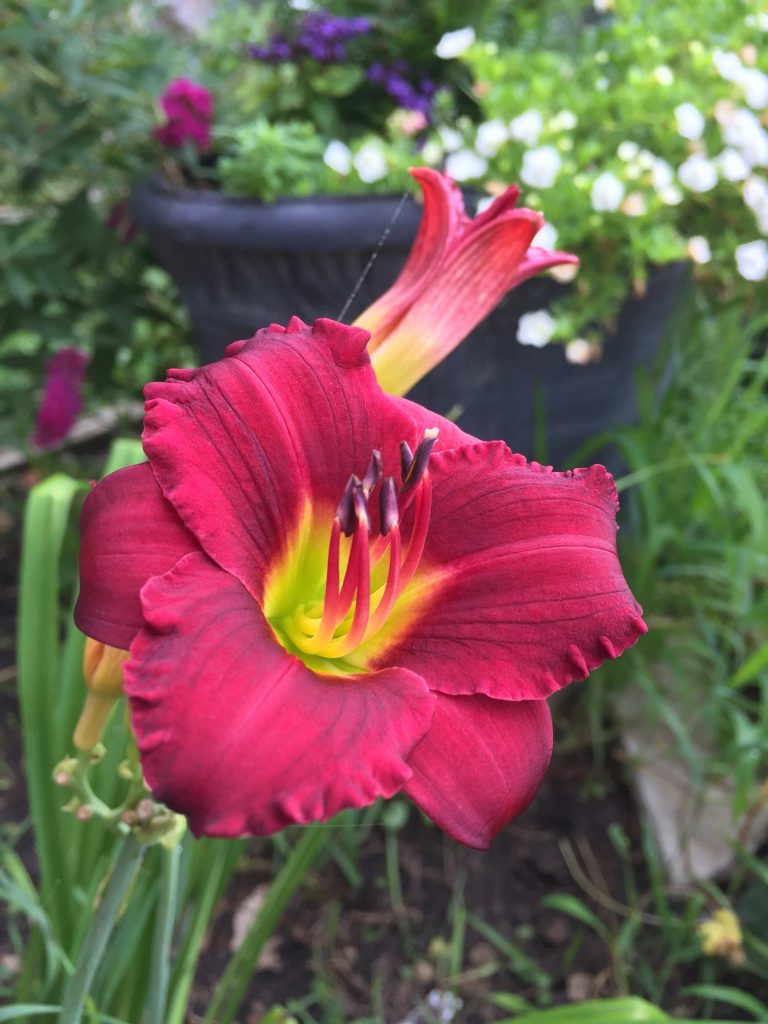 Since the weather turned rainy, cooler, and more often cloudy than not, the tomatoes have not yet produced. There are a few green ones coming on… but the Swiss Chard got big and beautiful. Cucumbers have done well, but peppers (who like the same conditions as tomatoes) have done diddly-squat.

I, however, cannot complain since the weather has been good for catching up on weeding. When not working in that capacity, I simply enjoy the lovely days stretched out on my zero-gravity chair.

Getting older means not feeling guilty about such pleasures.

They were back in their hordes this year. It meant the death-knell for my Contorted Hazels. Every year the beetles had been eating the leaves and weakening the trees, but this year there just wasn’t the strength left to the trees to rejuvenate. My dear Harry Lauder Walking Stick trees are gone and I blame the effect of the beetles.

The cherry trees were defoliated before I realized, not that there would have been anything done about it. The leaves looked a strange apricot color from a distance. That was because they were becoming skeletonized. The farmers had crop dusters out in force this year, and I suppose it was to spray pesticides for the beetles and their ilk.

A nearby orchard draped all their trees in white netting. That was a first for this area.

Here, we went ahead an put out some of the traps and (emptied loads). The trouble with traps is that they work by attracting the pests, but we had to do something. Grapevines and some of the roses were also eaten into apricot-colored oblivion.

When invaded by such numbers there is no defense from trying to pluck off the little beasts from your plantings.

After emptying out piles of beetles from the traps, I wondered whether such things could be turned into feed for chickens on those huge egg farms or something?

At the beginning of this summer I was pleased to see lots of butterflies and the spotting of a lone praying mantis, but after the crop spraying, the numbers dwindled noticeably. Except for some of the cabbage butterflies; their presence survives despite all onslaughts, apparently.

There were many more Monarchs in June, and perhaps they have laid some eggs on the milkweeds. I haven’t had the idea to check for them. All my time outside is spent weeding, or harvesting basil for salads and pasta.

I also have the most adorable hummingbird. I noticed the presence of hummingbirds fairly early, so went off to buy some red flowers to pop into the container plantings. The red fuchsia and scarlet sage (Salvia splendens) provide morning stops. As in past years I notice that the lilac bush is a favorite rest stop. Butterflies and hummingbirds enjoy resting on this bush for some reason. 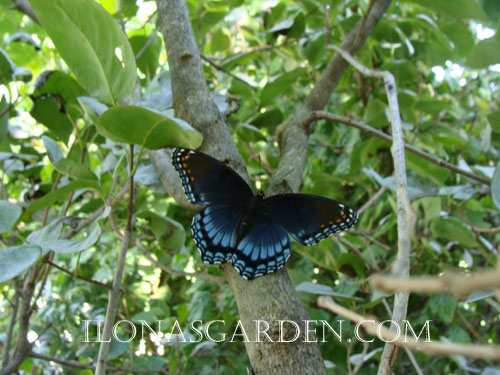 Earlier summer had flooded the fields. The crop plants are mostly recovered and while some corn remains stunted, most fields around here have 8 ft. cornstalks. All looks lush, from soybean to cornstalk to tree. As I mentioned previously, there has been much farm field spraying. While the latest was probably for insects, the other spraying was likely for diseases and fungus.

I imagine other neighbors are also having a slow harvest of tomatoes- I don’t see any signs for roadside sales of the fruits.

Today was misty and cloudy with comfortable upper 70 temperatures. I hope it stays comfortable during the coming month, and I might get my chores, well not done exactly, but progressing forward.

How has your summer gone? (Because yes, it is almost gone already!)

This error message is only visible to WordPress admins