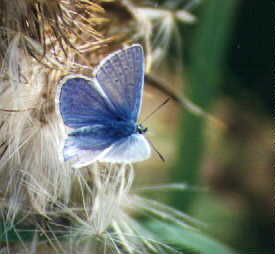 I am alone with nature,
With the soft September day;
The lifting hills above me,
With goldenrod are gay.
Across the fields of ether
Flit butterflies at play;
And cones of garnet sumac
Glow down the country way.

The autumn dandelion
Beside the roadway burns;
Above the lichened boulders
Quiver the plumed ferns.
The cream-white silk of the milkweed
Floats from its sea-green pod;
From out the mossy rock-seams
Flashes the goldenrod.

That is a lovely poem that exactly captures this time of year. When I was growing up we had this very old, bonsai shapen, sumac which had grown out over the backyard lawn, away from the shade and side of the garage. It was just the right shape and strength for a child to climb in and around and hang from…The way children often do. It was a perch for sitting and thinking and had those velvet garnet seedheads of the Staghorn sumac every year. Looking out from the breakfast porch they glowed with the golden frond of the tree leaves in autumn and stood bravely blood red against the gloaming of winter’s dusky gray and snowy whites. Sumacs are underappreciated trees, perhaps because they seed themselves, but so do the Redbuds. I guess it is a matter of the Spring flowering taking precedence over autumn color and winter interest in most people’s preferences. One often sees the sumac in proximity to the new-fangled styling of grasses that are now very common in the landscape. A look I like if it is done right.

Milkweed. Now there is a plant that is halfway between a weed and a garden plant, but most of us count it as a weed. I let some grow every year because this is the favored food of the Monarch Butterfly, and what gives it its,apparently, acrid taste which protects it from bird depredations. I have not seen very many Monarchs this year. They usually visit my garden in large numbers, especially in the late summer early fall, before migrating South to Mexico. I have an autumn clematis that attracts them and the Tiger Swallowtails. I never know which I like better in contrast with the foaming off-white blooms of the clematis. The fragrance of the clematis is always a feature, a sort of soapy sweet smell to my nose. I took pictures this year before the bloom was past its prime, it is now forming the seed heads, but I didn’t get the opportunity to sit on my porch and breathe in the fresh scent of the autumn clematis blooms as I usually do…. Just too hectic a season demanding my time for so many other things. Pity. That is the greatest reward of the garden… The seat of repose enjoying the fruit of ones labors.

Technorati Tags: September, Poetry
Digg it! |Seed this at Newsvine.com