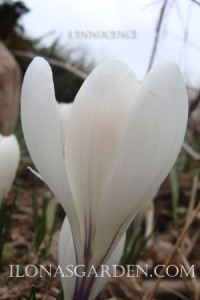 The first flowers have finally made their appearance, and even gone by a bit quickly since the fickle Ohio weather was very warm for a few brief days. The snowdrops are quite sturdy and longest lasting of the early bloom. The tiny snow crocus are quite delicate, more so than their garden crocus siblings. So they were a bit tattered after I procrastinated but a day to get their photos. The eranthis do not last long in the area I have them planted: the front flower box next to the iris reticulata (which also bloomed!) Yes, it was a sudden burst from them all in response to the warmer, sunny weather.

This year instead of a sequence of bloom, there was that rush for everything to break out into the warm weather. I bet the bees were exhausted. Not many bees this year, either…  everywhere the same story is told about the struggle that honey bees, and even some of the other types, are having to survive with the modern environment. 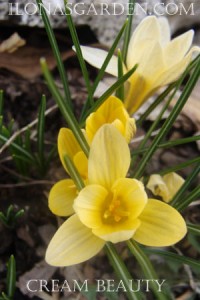 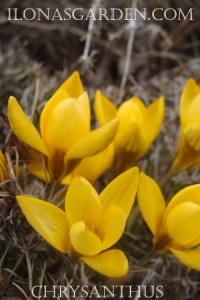 We do not need perfect flowers and foliage, but we do need the helpful insect life, especially the honey bee.

I started the winter damage assessment. The north side of my pine trees had most of the branches snapped off to jagged stubs. Those will need to be made into a clean cut and the large , almost Christmas tree sized, branches stacked out of the way. We gathered many more branches, and I looked at the ‘Dawn’ viburnum buds. I am not sure, but they look weatherworn. I hope they bloom anyway.

Some of the flowerss looked a little scrawny, and that may be because I couldn’t keep the mowers away the last couple years… I may toss around some fertilizer soon. 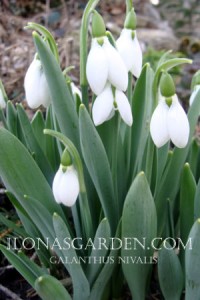 The purple crocus are usually right after, and in tandem with the golden chrysanthus. I know I have planted many sorts of named and unnamed types over the years.

The larger crocus make a better show in a big space, but the snow crocus can make quite a splash of color and I think I like them as well, or better, in a closeup setting like in the city lot.

When earliest spring, the golden colors are bright and cheerful, but once the dandelions bloom, nothing else yellow or gold can compete. They really steal the show.

I used to grow Ligularias, although they struggled to stay alive in the dry summers here. The daisy form blooms in the spring, as do the Doronicums, another plant I tried. It just was lost once the dandelions started…. and who wants to spend time on a plant that looks like an unhealthy weed? Those are plants that I now feel should be in partly shady and moist woods gardens.

My Page of “Little Bulbs”.

The Iris reticulata are persistent, as are the eranthis, but neither have done particularly well here. Crocus love it, as do the large hyacinths. Scillas are probably prolific wherever they are planted.

It took many years for the snowdrops to settle in, but they seem happy now, and are multiplying. 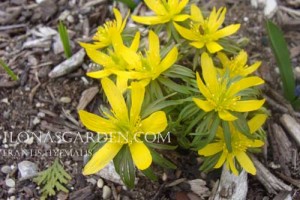