I purchased and installed a Kitchen Aid dishwasher in my remodeled kitchen in 2001. This was (supposedly) a quality dishwasher with a stainless steel interior tub. My problems began about 4 years later when the catch for the dish detergent compartment door had deteriorated to the point where it no longer existed. This looks like a little $.25 item that could not stand up to the rigors of a dishwasher. Consequently, you could no longer put the detergent in the dishwasher detergent dispenser compartment. I called Kitchen Aid to complain, and they essentially said “screw you, customer”. I was left with choice of calling service tech for about $250, putting up with it, or buying new dishwasher. My response to this poor customer service for what I consider a manufacturers defect (in designing a catch that couldn’t handle the job), was that I would never buy a Kitchen Aid dishwasher again.

My temporary solution was to start using the 3 in 1 Electrasol Powerball capsules, and drop them directly in dishwasher. This was ok, except for it causing etching of glassware and less than desirable dish cleaning. Anyway, I put up with this annoyance/inconvenience for another 4 years.

Then…after some research…I determined that Bosch has a good reputation, so I decided to get a Bosch dishwasher. I went to Lowes and purchased a Bosch Model SHE45M dishwasher with stainless steel interior. I asked the sales guy for 10% off and got it. Also, asked them to match Home Depot 6 months same as cash and got it. I think I could have even gotten 12 months same as cash if I had asked.

Anyway, bought it, took it home, and installed it (same day). Had to make a couple modifications. In order to run the supply/drain hoses thru the cabinet I had to drill a couple new holes (lower & further to the rear). Other than that, installation was easy.

My opinion so far: Happy, but too early to tell. I was used to the racks on the Kitchen Aid. Bosch is different…and I will have to get used to the difference. Kitchen Aid “customer service” was the deciding factor in going with a different manufacturer. I consider this little $.25 item to me a mfgrs design flaw, and they should have owned up to it.

4 Replies to “Our New Bosch Dishwasher”

This site uses Akismet to reduce spam. Learn how your comment data is processed. 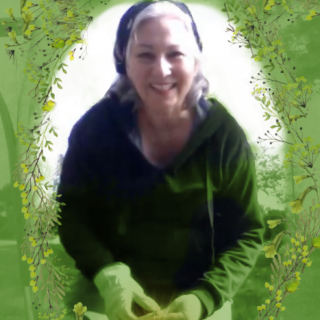