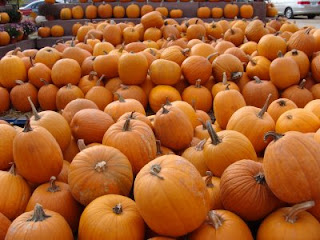 It was a little early for leaf color, but we took a day trip to Old Man’s Cave because the weather was so perfect for walking. I’m hoping to get there again, maybe in a week or two.

Along the way we drove through Circleville, home to the famous Circleville Pumpkin Show. They were just setting up for opening tomorrow’s show. Anticipating the crowds, there was a roadside stand with all sorts of gourds and pumpkins, and I took pictures. There is just something so cheerful about all those plump orange and yellow globes! While there I bought some Laurelville apple cider, too. Fresh, unfiltered, and totally delicious!

The weather was beautiful, just on the warm side, and I wished I had worn walking shorts for the hike. I think, too, I’m going to need some hiking shoes, since the running shoes I wore are fine for flat areas, but they can turn a bit on the type of terrain you encounter on those walks along the lower falls trail. Down in the gorge area it is moister, but the dryness of this past season meant it was still pretty dry! None of the falls were “working”… it had dried out that much. Usually we go later in the season and the trails are wet and the falls, moss, cliffs and rocks make it feel something like something out of the Lord of the Rings.

We walked the entire circle of the lower falls to Cedar falls and then looped up around the upper falls trail. I don’t think I would have made it without the walking stick I used. Luckily I found it at the beginning of the walk. Someone had tossed it aside, maybe because the bottom had chipped off a bit? It was as good as those you buy in the gift shop area…except without fancy additions like the handle compass. Maybe I’ll buy one of those next time. As it was, even with the walking stick, my hips just about locked up on me- I was plenty tired, but still moving along (slowly). I never was so glad to see the end of the trail, though. Even my teenagers were dragging along!

I wanted to stop for more pictures of some of the cute decorated homes in Circleville, all done up with mums and pumpkins… but my husband threatened to make me thumb my way home. I think he was kidding, but I figured that he was tired enough that I didn’t want to push my luck. Anyway, since this was on the way home, I wasn’t at all sure my legs would hold up getting back in the car once I had gotten out. They were getting stiff at that point….

It was a fun day, we all enjoyed our time together and the cider capped off our day perfectly.

The Pumpkin and Gourd Stand: 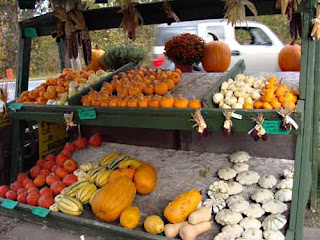 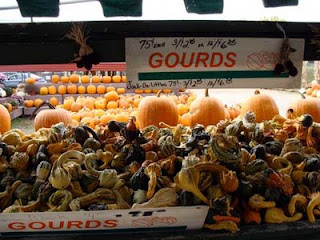 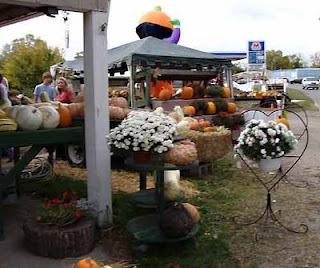 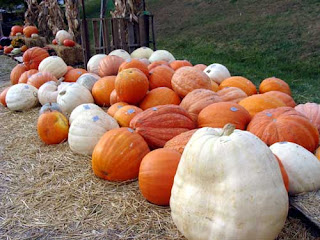 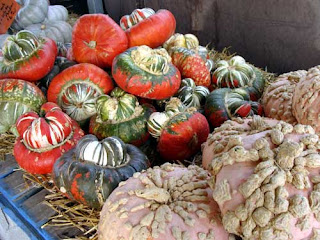