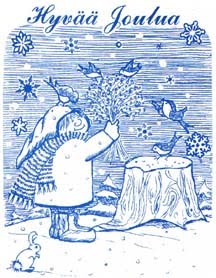 Every season has its busyness, but holiday preparing and plans always seem to compound it for December. The garden waits quietly for me- I still spend some time on it but it moves far down the task list this month.
This season there are different birds in the garden, and it can be fun to have feeders in order to watch them more closely. for some birds, especially later in the winter, feeding stations provided by their human friends can make a difference in their welfare.

I have been creating the Advent Blog Calender posts, but will continue posting here (on a slower basis than most months). There is a great deal going on in the gardening world.

I partnered with a company that supplies products for this, and they have some special offers running that might be useful to you readers.

There’s more to this post 🙂
One of the best ways to welcome winter birds is to provide habitat,seeds, and berries in the garden through chosen plantings. There are many beautiful trees, shrubs and perennials that feed the winter birds… here are a few to put on your list for next years garden plans, if you don’t already have them:
Wild Ones lists many more. Visit their page.

…much more info for year-round is included on their page.

DISCLOSURE: I may be an affiliate for products that I recommend. If you purchase those items through my links I will earn a commission. You will not pay more when buying a product through my link. Thank you, in advance for your support! Privacy Policy
« poem “gratitude”
Rattling Cages At Christmas – Anti Lawn Folks »


Read reviews from the GardenLibarian

All rights reserved to their respective authors :

Linking and using material attributed to the author is encouraged, ask for permission to use photos, please.