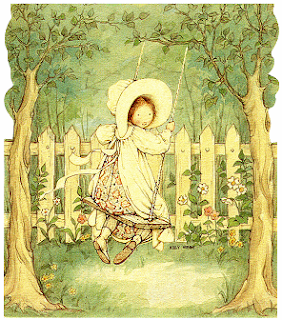 I have gardened in some way or another for most of my 56+ years now, but I also came from gardening stock -at least as far back as my grandparents. I suppose that is why plants and trees often stand out in my memory from quite early.

The streets I lived on were city streets, but tree-lined and shady, with parks close by. By far the majority of those city streets held sentries of maple trees in the berm between sidewalk and street, in what many now call the “hellstrip”. In those days they were simply a place to plant the trees in ordered measurements along the thoroughfare, giving canopy to passersby in days when walking was much more common a means of getting from one place to another.

Maples were easy to grow and colorful in fall, occasionally they might be relieved by the odd sycamore or sweet gum, but the maple tree in all her variations was queen of the avenues in my old neighborhoods.

It was the fifties and the homes were uniform in their foundation plantings: taxus, juniper, and privet hedges to separate the small lots. Sometimes old fashioned remnants of bridal spirea, and often clumps of forsythia were given their place. My earliest neighborhood also had its fair share of concord grape vines. Trained upon back porch trellis, or in one case a cover over the entire back yard. I loved the sweet grape smell of ripening concord clusters, and would help my elderly neighbor seed her grapes for summer jam. She paid in penny candy:)

When I had my first home, it was not far from that old neighborhood, and that was the place which held a remnant of a white garden. It held onto its ‘Dr. W. Van Fleet’ rose, its ‘Annabelle’ hydrangea, and ‘Festiva Maxima’ peonies from which I branched out into my version of an English garden. All foundation plantings had been removed by the time I arrived, and many of the street trees had been removed….

The forsythia was probably one of the most commonly planted flowering bushes of that time. Its cheerful yellow blooms were rarely blasted by frosts in the protection of closely built houses, and a welcome sign of spring. I have written before of Joanne’s old backyard forsythia, huge in proportion, and of my own homes side planting. It was trained up a trellis on the north side of the porch to cascade over and create a little hideaway; the place where one of my late hamsters had made escape back to nature when once giving him “summer air” on the porch.

I was the garden helper who hedged the privet hedges into little 2.5 foot rows down either side of the front yard: requisite middle class neatness struggling in the shadow of the old maples to maintain some form of respectable show.

I also was keeper of the taxus media bush, with its red little urn berries and tight quarters between porch steps and the sidewalk path to the back yard. I clipped it to within an inch of its life twice a year. Nondescript junipers were placed in front of the porch, shaded by one of those old fashioned green awnings that made the front porches of yesteryear such pleasant places to idle time away in the summer. Those junipers, too, struggled in far too shady conditions for their health. My mother liked to line the front house pathway with crocus…lighting the way from porch steps to public sidewalk each spring. The rest of the small yard consisted of mediocre grass lawns, mowed with the human powered reel mower.

The shady portion between the side path and the next door neighbors was filled with Japanese spirea,S. x bumalda, whose heirs I grow now, in ‘Little Princess’ and ‘Goldflame’ varieties. But then it was the common type, with dull fucshia flowers that I found fascinating for some reason, all sparkly spikey, like tiny ballerina tutus. The back yard began with a burst of honeysuckle vine on the dividing chain link fence. I loved sucking nectar out of those each summertime.

There were some various garden perennials along that fence until the very back of the yard where my mother grew her prize raspberries. We were the ones who prized them. Hollyhocks helped block the view of the alley and turning back along the straight cement sidewalk was a narrow band of wild looking blackeyed Susans and Chinese lantern plants, Physalis alkekengi. In front of that garage was a very old, twisted staghorn sumac tree– my favorite climbing and sitting in and reading tree! It had those crimson spikes of seed fruits, drupes, every late summer through winter with a fall color of golden fern-type leaves. The newer branches were very velvety I recall. Perhaps that is where the common name comes from.

The little vegetable garden was back there, with Swiss chard, okra, tomatoes, peppers, parsley, and chives. Sometimes eggplant. Sometimes it struggled from the black walnut whose roots reached under the garage and thrust its fingers of death to that plot located furthest away without being in the garden proper (vegetables were unseemingly common for the public parts of a garden, then.) The entire north side of the bordering fence was taken by a perennial bed of blooming flowers ending in a clove bush by the house. There were the daisies and this is where the tulips and daffodils of spring were planted, there were some phlox, some monarda, and usually zinnias each year. Big, bright zinnias with stripes and garish color. The hybrid tea roses grew here, but never with the vigor that my mother coaxed out of them in her garden in Northern Ohio when she moved there.

The center of that back yard was lawn, sectioned across its middle by the clothesline that also served as a badminton divide and occasional dog leash line.

That was my garden world in the early years. With one additional old type of tree that is not often found nowadays: the white mulberry. There were two white mulberries in my memory, one I loved and one I passed on the way to school each day.

White mulberries grow quite tall with riven dark gray bark, in a good year they are laden with white mulberries that taste sweet and are much more refined than the dark messy, and staining ones that grow in most places. The one I loved was next door to my maternal grandparents house, in a now rased Hungarian neighborhood. On an old truck farm lot which retained the back field in sweet corn while the city grew up around it, this tree was immensely tall in my child sized memory. Long, long ropes held a swing on which I spent many summer hours, and I have never found any other mulberries to taste with the sweetness that my tongue seemed to recall from that tree. It was the most welcome place, with shade and green coolness, next to the gravel church/funeral home parking lot that was my grandfather’s parsonage front yard.

The other tree Joanne might remember, it was in the garden next door to her old Arcadia house. That was sort of a secret garden to my mind in that time. And I remember the person living there had a very old fashioned phone! But that digresses the story to old neighbors, and the way they provided neighbor children board games and hot chocolate, cookies and candy. That white mulberry tree in the back yard was noticeable to me because of the one I had grown so familiar with- and its pale soft fruits of summer.

The last plant, or tree, is that of the Osage Orange, hedge apples. Each fall my mother would take us to the neighborhood park to gather those huge inedible green fruits; we put them into a basket to give seasonal display in the dining room. Now, I understand they are supposedly good for repelling spiders. Even now, when I can make the time, I like to go and gather some of the chartreuse hedge apples for their good fragrance in the fall. Filling a trug I keep them in my own dining room during the autumn months.

What are the plants of your childhood?