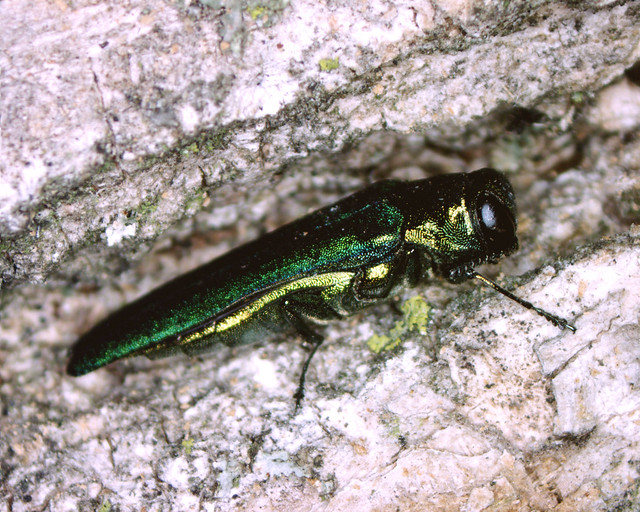 I wanted to comment on the emerald ash borer news, but procrastinated. Apologies.

Anyway, I read an article in the paper that reported Ohio was going to implement some drastic measures to eliminate the ash borer that has been located in Northeastern Columbus area and in the Northwestern part of the state. Cut down lots of ash trees in the the problem areas. All of the trees in a specific radius.

It is too bad, but it really seems the only remedy. The insects have been moving faster than originally predicted.

Wish I could find that article…… Ok, here it is Emerald Ash Borer report.
Update

I had to find a different article, as the original report went missing, as often happens on the internet. I thought we should list list a few helpful articles now that Emerals Ash Borers are firmly established in our state.

I have not yet

What I have done is look at the Farmers Almanac prediction. ):(
Supposedly it will be a dry summer. I don’t know how truly accurate those predictions are, but I don’t want to have to try to water lots of new baby plants. If you knew my conditions here with strong, sometimes searing, summer winds, and how difficult it is to keep things watered in the summertime across spread out gardens you would commiserate.

I know you would. But I hate to be too invested in the predictions. The gardener sows in hope:)

Maybe I will go with the middle of the road plan of planting some things, but concentrating on the bones and structure of the garden. Making sure the edges are clean, pay more attention to weeding and renovating, improving walkways; those are the sorts of things that use drought in ones favor.

Nothing like those horrid weeds all shriveled in the sun…….. heh, heh, heh.

DISCLOSURE: I may be an affiliate for products that I recommend. If you purchase those items through my links I will earn a commission. You will not pay more when buying a product through my link. Thank you, in advance for your support! Privacy Policy
« … not sure I want to…
growing old in the garden »