Here are two composite pictures from the Home and Garden Show. I went on Sunday afternoon, and it became very crowded. Cramped my photography, but I did take lots of photos- so I probably can make a couple more composites. I think the strength of the show, for gardeners, was in the hardscaping: the paths, fountains, and walls. There are a lot of exhibitors in both the garden and home parts of the show which were in two separate buildings connected by a canopied hallway.

My teens made it through without too much complaint- there were plenty of freebie candies on the Home side to keep them happy while I stayed mainly in the garden part taking photos and checking out the plant store exhibits. One large seed offering was available in the far corner of the exhibit hall. As I said, I think I will try to return this weekend.

I do have a few criticisms of the show, as well as some things which I liked, but wanted to return to see if I just didn’t take advantage of what was offered in the lectures, etc. I hope you like the pictures, and I’ll give a few of the commentaries in a coming post. 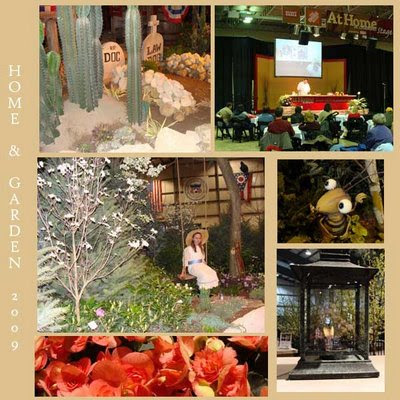 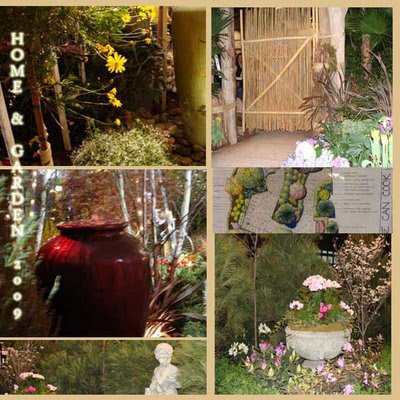 DISCLOSURE: I may be an affiliate for products that I recommend. If you purchase those items through my links I will earn a commission. You will not pay more when buying a product through my link. Thank you, in advance for your support! Privacy Policy
« Today
Home and Garden:Crouching Tiger,Hidden Dragon »


Read reviews from the GardenLibarian

All rights reserved to their respective authors :

Linking and using material attributed to the author is encouraged, ask for permission to use photos, please.