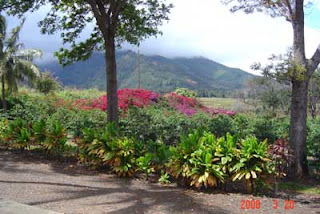 I thought it might be important to know about this if you live in Hawaii or plan to visit. One of the great things about a visit to Maui is the wonderful fresh food available. I went to a farm market, purchased fabulous offerings from a tiny organic grocery, and sandwiches from a remarkable little natural foods restaurant. It was part of a great vacation time… but being aware of a problem can keep everyone’s life less complicated and remember! that prevention is better than any cure.

A 2007 study published in the journal Pacific Science suggests that the prevalence of rat lungworm disease may be on the rise. According to the paper (co-authored by Hollingsworth), an invasive slug species from Southeast Asia, Parmarion martensi, arrived in Hawaii in 2004 and began out-competing the Cuban slug, Veronicella cubensis, one of the most common large slug species in Hawaii. Researchers found that 77.5 percent of the invasive species were carrying the rat lungworm parasite compared to 24.3 percent of the Cuban slugs.

“The transmission potential of this species may be higher than that of other slugs and snails in Hawaii,” the researchers wrote.

The best way to avoid rat lungworm disease? Don’t eat raw snails or slugs and wash your vegetables and fruit very well, Park advises, noting that they are small [as short as 2 mm in length] and can easily escape notice if hiding in creases of produce.

DISCLOSURE: I may be an affiliate for products that I recommend. If you purchase those items through my links I will earn a commission. You will not pay more when buying a product through my link. Thank you, in advance for your support! Privacy Policy
« seeds,seeds, and more seeds….redux
Coneflower Gardens Make Progress »