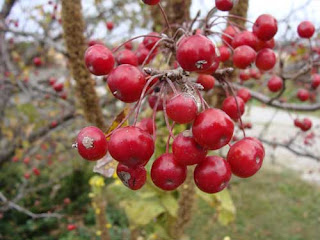 A little update on what’s happenin’ around here. If I was Southern I might say h’yere 🙂 It has been cool enough to work easily outside, and yet here I am on the computer…but I slip out, grab the kids, and work a bit on the yard. The grass has needed more than the usual mowing with the cool summer, I give that job to my son… anything with a machine limits the grousing. Yesterday we pruned out some trees a little. Just cleaning up their shape, no real cutbacks (I sound like a CEO here). Anyway, some lower branches an a few strong growing vertical shoots came away from the crabapples… and since the weeping willow is nearby that got a bit of a haircut,too.

I had my son help me on that, too, since my hip is giving me trouble lately. Usually I do most of the light pruning, but I turned it into a lesson on how to prune properly, and told him the story of how his dad earned college money pruning trees, and he seemed to like it and have a bit of a knack for it. The trees look so much better. The willow is so big now that it was a two person job anyway… I held the branch into trimming position and told him where to cut. That tree can make things look a bit overgrown and “Addam’s Family” around here…until pruned and trimmed , and then it looks “picturesque”.

I’ve also worked on getting some of the weeding done.The girls help me with that… I learned they are more thorough and with less passive-aggressive dawdling than the boys manage to always produce. Pulled out lots of poison ivy. I’m the only one for that job, since everyone else is highly allergic to it. Cut back some perennials. Especially the newer Shasta daisies, I didn’t realize they would get so large. Now they will have to be relocated: they totally overshadow some choice little campanulas that don’t like it one bit!

It’s been a trying year for the crabapples with all the damp, coolness, and cloudiness. They get fungal diseases that empty the tree of all its foliage very early in the season. It’s called “Apple Scab”. Lovely name. Anyway, I had planted the Prairiefire variety specifically to avoid this problem, but this years climate conditions ganged up on it. I highly recommend this tree if you like deep pink spring flowers and dusky purple leaves. 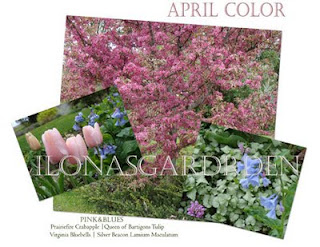