It has been a snowy and cold winter, the present season broke records for cold temperatures. I like the picturesque snow covered landscape and several mornings I awakened to hoar frosts that transformed the garden into white traceries of laced branches and stems against the sequined, white velvet snow.

The Cinderella winter season has given way to the morning after of mid-January’s thawing, now. The Snowflake Ball is over, and only scattered pumpkin patch masses of drifted, dirty snow remain. A throwcover of fog hides the sad remnants on many evenings and mornings.

Am I sad to see the frigid temperatures and the diamond studded frostings go? In my hermit lifestyle of winter I am little inconvenienced by the surrounding fortress of the cold and ice, and can enjoy the view, while sparing the trouble. Each season has its beauty and I march along with the parade. So, no, I am neither sad nor happy to see the next sequel in the seasonal series of weather conditions. I did take some pictures.

The snow started early and stayed long this year. That was unusual. I hope it was enough to protect my newer plantings. This week, as temperatures warm to the season’s normal, I will need to make the rounds and press in any heaved plants with my heel. In the coldest days of this month my hands quickly were frozen while taking some photos, to the point where they were a bit painful to rewarm. I was surprised at the bitterness of the cold- without strong winds to remind me. Many days were white and still. Only the beauty of the hoarfrosts enticed me outdoors into the garden. 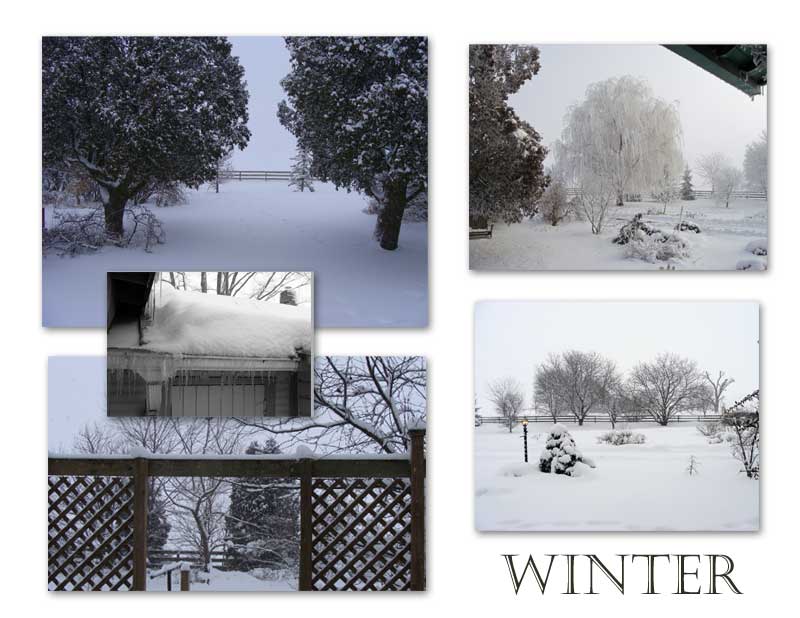 I wrote an article on how the bareness of winter and minimalism of a snowy landscape outlines the bones of the garden. Winter Outlines Garden Bones

Here are some additional photos of this winter. 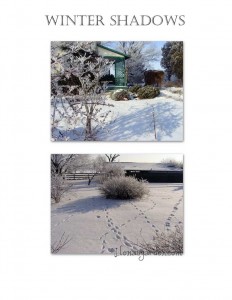 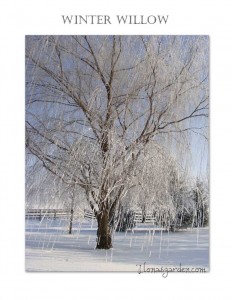 Above, left, if you look closely, is the discarded Christmas tree. it was too cold to do anything but toss it off the porch. Viburnum ‘Dawn’ in the foreground.

Below is the evidence of animal tracks on their various important winter journeys. Casting its shadow is the flowering quince, ‘Texas Scarlet’.

Picture on the right is the photogenic Willow. She sparkled, dripping in frosted diamonds of hoarfrost. 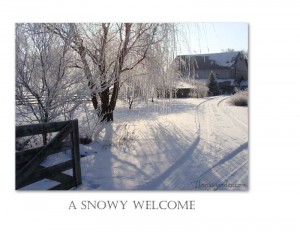