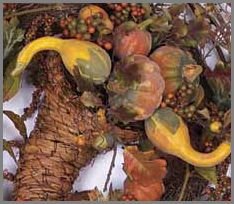 Over the weekend I pulled some of the cotoneaster horizontalis which had spread into a walkway. This plant roots at nodes sometimes so I got some very nice little starts and planted them before the last rain. This is an ideal time to do this, and I plan on putting in more dianthus along the driveway -the starts of the early season were lost to drought this year. Tha tis something that is avoided with starts in September. October is fine for planting, but too late for starts, you really need well rooted plants when it is later in the fall.

That reminds me, I need to make my list and run off to the plant store. Yes, I am back at it. Really, what was odd was the fact that I veered away from my usual obsessive gardening. Everything has its seasons I suppose, though. I plan to buy a couple trees, some mums, maybe, and some flowering kale. Oh yes, I need some shrubs for around the new septic tank. But I haven’t decided what is best, yet.

Trimmed up the herb walk, the lavender and the rue get a little shabby in late summer. The garden has generally needed lots of sprucing up, the honeysuckle bushes recovered from their severe pruning, and I now need to do general shaping with different plants, including the major overhaul I planned on the purple sand cherry. I will make it look like a small tree by paring away lower branches. Have to clean out all the water whips, too. That is the small shoots of growth that come from the crown of things like the Harry Lauder, the crabapple trees, mostly. One of them got away from me and will need a saw to cut through. I hate to overlook it for that long a time, makes for a lot more work.

I think I am losing my dogwood. That makes me extremely sorry. Such a beautiful tree, but many trees in this area turned all brown and crinkled, and 3/4 of this tree did. I’ll have to cut so much off going into winter that I don’t think it will make it through. Good news on the sweet gum, though, it had similar symptoms, but a spray with ironrite and a little fertilizing and water seems to have helped. I really hope to keep that tree.

There are dead oaks all over the area, and I blame the unthoughtful developers who think they can mistreat these giants and still have their beauty survive. They just kill them.