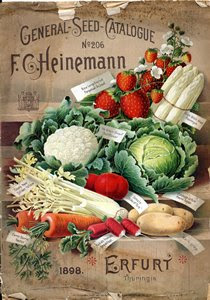 All those chores and garden ideas I accumulated during the winter are now in process of becoming accomplishments. Yesterday I put in a good hard days work, taught my kids some things and put them to work practicing horticultural skills. The garden is a great place to talk about not just horticultural practices and facts, but economics, … and just everyday common sense skills.

So I planted my hellebores after cleaning out the area under the ailing dogwood. (We are a bit dry and alkaline for the native dogwood to be truly happy here). I took out the hostas that no longer were thriving there and put them under the lilac in the backyard …after grubbing out excess shoots and some residual grass weeds (I had prepared this area in the fall ’08).

The really big accomplishment came at the end of the day, however! Sunshine was giving way to cloud cover laden down with moisture- rain was coming. My digging in the flowerbeds had shown me that the soil was a bit dry, and perfectly workable. So as soon as Handyman, now aka Greenman, came home from work I asked would it be possible to get the tiller up and working? The bad economy has worked like magic on his will to make a productive garden… he practically jumped with enthusiasm saying that he had planned on doing just that. (Oh what good that does a heart- NO NAGGING necessary).

The tiller worked,with some sputterings and coughing, and off we went to the races… tilling up the resurrected vegetable plot, which this year was so much easier to work up, and the soil was lovely. I raked out the weedy stuff and grass which the tiller worked up, and we tilled a little larger area to reclaim more of the garden space (it is presently about a third the size of my original vegetable space)…then did the same thing with the other vegetable plot which I will use for a cutting garden this year (it is part sun, not the best for the veggies). Then came the blessing of soft spring rain. Perfect.

I was so, so happy to have the vegetable garden all ready for the season. If we have normal spring rainfall that garden might not be good to till until very late for planting, but now that is a fait accompli. I love teamwork.

Not making this mistake again

All the coffee grounds collected were tilled in, and I think I can put some cole crops in the new-old vegetable garden which hasn’t grown them for many years (no more of last years mistake). Last year I planted my broccoli and ornamental cabbages in the plot where I had planted some mesclun mix a few years in succession. I forgot that it had kale included. So when the broccoli was stunting and turning sickly… I deduced club root– and THEN remembered the mesclun kale had been there. It was the first time I ever had an unsuccessful cole crop. Hopefully the last, now. I will incorporate lime into the soil where I put this years broccoli as another measure against club root fungus.

I have some concern about my planned mignonette and alpine stawberry planting:

I might take some pictures of the beautiful soil all ready for this years food production, but pictures of plain dirt aren’t all that interesting. Pictures later in the season for sure, though, because there is nothing prettier than a newly sprouting vegetable garden.